How To Repair Rust on Your Car

Car rust build up can be a real problem. Often caused by a dent or scratch that has led to further complications, rust can eat away at the body of your car, causing serious damage as it erodes the metalwork. Rust can not only cause damage in its own right, but it can emphasise any pre-existing conditions, leaving an unsightly gouge in your car.

When rust occurs it is absolutely vital to have your car looked at. Having rust present on the car is not only ugly to the aesthetic of your vehicle, but it can lead to damage that is unsafe as well as unsightly. Having rust in the wrong place can weaken the structure of the car body. Thus, it is important to get rust treated and fixed as quickly as possible.

Throughout the course of this article we are going to look at what rust is, the different types of rust that can affect your car, and different ways of treating car rust so it doesn’t return again.

What is rust when it appears on your car?

Car bodies are made out of steel, an iron alloy created by strengthening the composition of iron by adding carbon. That steel is often sealed by several layers of primer, paint, and clear coat to protect it from the weather.

Rust is what forms when a metal or alloy, that contains iron, oxidises. That oxidation causes the metal to break down, resulting it the substance that we know as iron oxide or rust.

Rust can affect cars due to a number of different reasons; however, most commonly it can be because a scratch or dent cuts through the different protective layers and leaves the steel vulnerable to the elements. Water and additional moisture in the atmosphere can then interact with the steel, causing it to break down.

Rust comes in a number of different shapes and sizes, all of which can affect the body of the car. The types of rust that can be found on a car include: 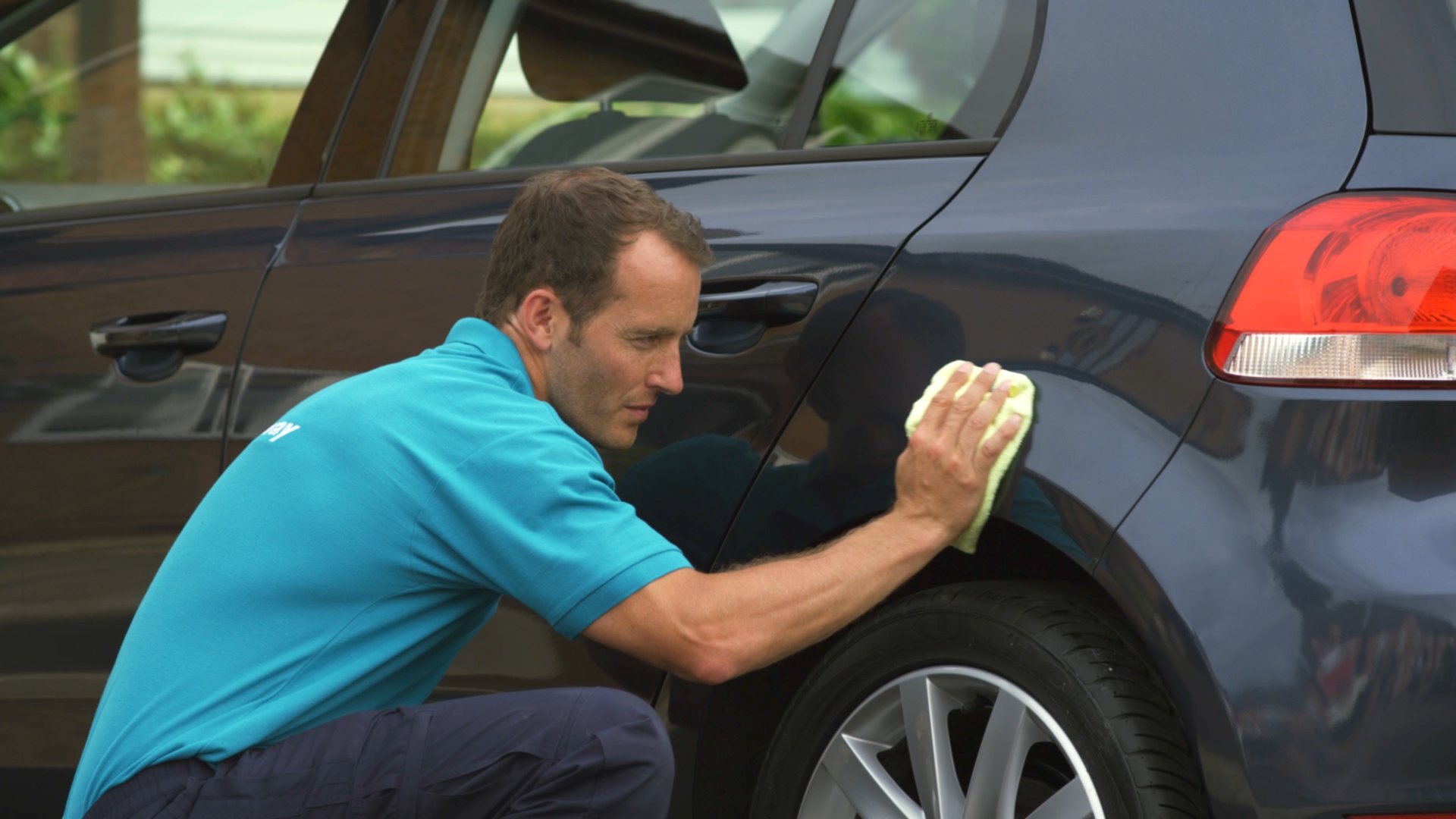 How to Repair Car Rust

Repairing rust is no easy task; however, there are options available, depending on the seriousness of the rust problem.

For surface level rust there are a few store bought solutions that can give good results. There are sealants and pressure sprays that can aid with removing the effects of rust. For the more serious types of rust, such as penetrating rust, there are methods available for purchase that, although they will not fix the problem, they can aid with ensuring the problem doesn’t get noticeably worse.

That being said, there aren’t any guaranteed home methods. Even with home treatment, it is possible for rust to continue spreading. Without filling and professional painting it is also possible for the damage to be visible even after the spread of the rust has been solved.

If you do decide to use a store bought method it is important to follow the instructions carefully in order to ensure proper use.

Here at ChipsAway Dublin we experts in minor car body repair, whether that is a scratch, dent, or repairing rust. Through mixing professional technology with an incredible process we are not only able to remove any rust, halting the spread, but we can also repair the body of the car. By using a mixture of colour codes and spectrophotometer technology, we can make sure that any repair we carry out is done to the highest possible standard, blending in with the surrounding area. Our job is to make it so that, once a repair has been completed, it is near impossible to differentiate the repaired area with the surrounding car panel.

At ChipsAway we specialise in convenient and high quality SMART repairs. By conducting SMART repairs (Small to Medium Area Repair Technology) then we don’t need to remove or repair entire panels in order to fix a scratch, dent, or rust infused area. Instead we can just focus on the specific area, making the repair both quicker and cheaper in the long run.

Our rust repairs are always high quality. We aim for them to be as quick and economic as possible, often only taking a handful of hours to complete.

To discuss your repair further, feel free to contact us today to get a free estimate. Alternatively, please feel free to call 1800 937 226.